Simplify the operation and the management of the desktop environment

Improve security and reduce the possibility of information leakage 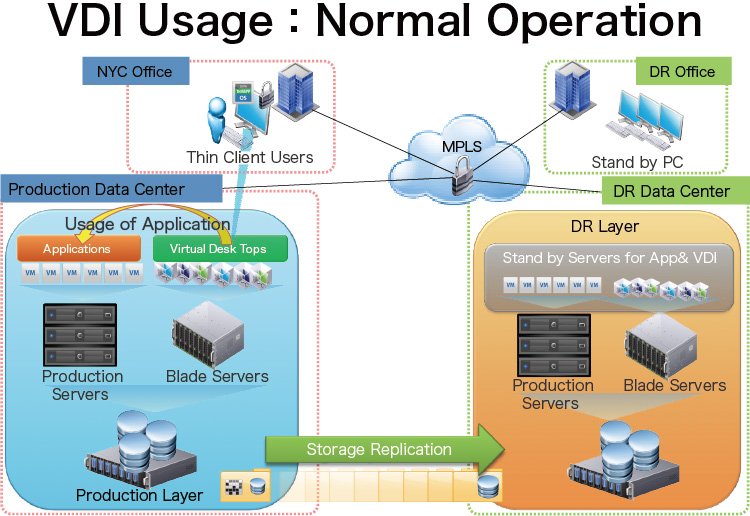 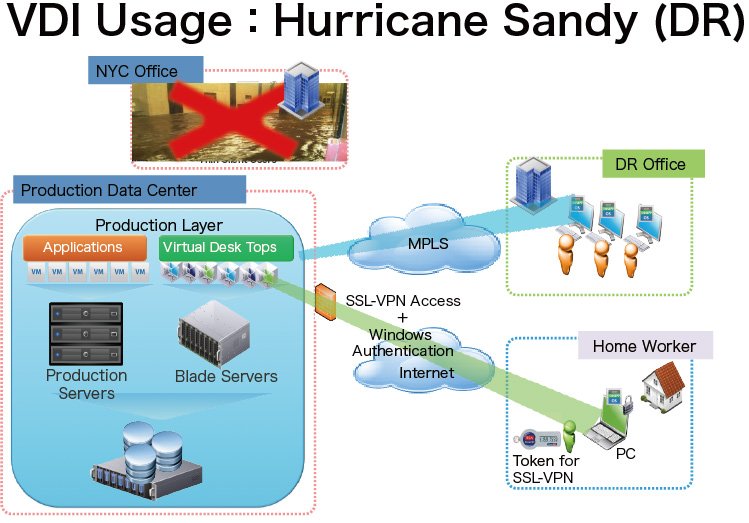 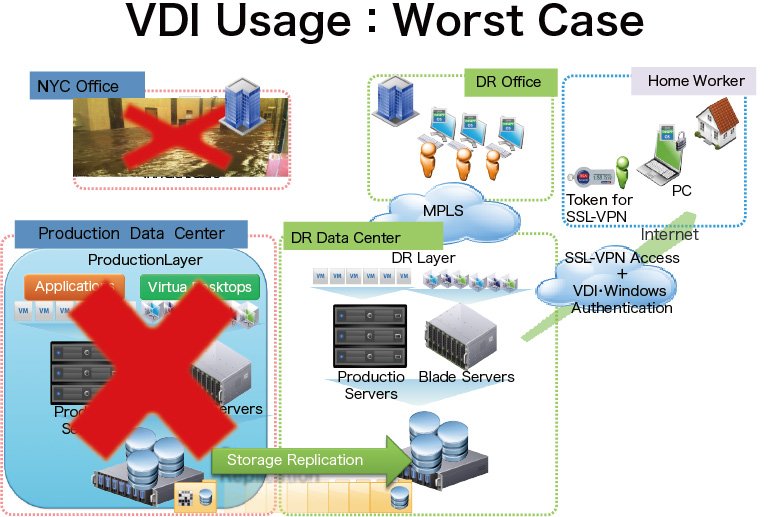 Desktop OS and the client device are independent of each other in a VDI environment. Users can log-on to the same desktop while using any client device.

As opposed to the usual desktop, where the OS and software are installed in each dedicated client device, VDI allows the central management of all user desktop on the server. This makes maintenance such as adding, updating, and troubleshooting the software much easier and faster. Also, by having the desktop OS and user data on the server, back-up and restore became easier for the administrator to perform and execute.

Consolidation of hardware by virtualization unified the device drives, which made standardizing the desktop OS image easier.

The data exchange between the business application and the PC is operated on the same LAN environment. The VDI server’s virtual desktop monitor image is transferred to the thin client terminal in the office, which reduced the burden on the network connection between the data center and the office. (Reduced data transfer over the network)

Using VDI, the desktop OS and the user data are secured safely on the server in the data center. The administrator is able to create security policies such as disabling data copy by user to decrease the risk of information leakage. The thin client can also be protected by not allowing USB storage connection or having a thin client terminal that does not have hard disk drives.