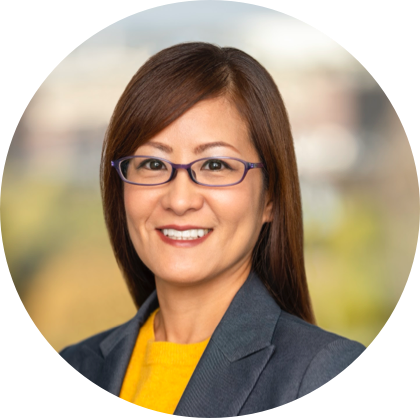 Mina Tomoyose is a Product/Project Manager with SYSCOM GLOBAL SOLUTIONS in California. She’s been with the company for over six years, one of our first employees to work fully remotely before the rest of the world entered lockdown, and has risen the ranks from senior engineer to managing the Digital Transformation team, the driving force of SYSCOM’s business growth. As she’s grown with the company, she’s shown her talents don’t just lie in programming, but stretch beyond to client servicing, problem-solving, and the development and maintaining of partnerships with customers that has proven crucial to SYSCOM’s approach.

Mina didn’t set out to work with computers—she originally wanted to be a tax accountant. “Ever since I was younger, I liked math,” she says. She applied to college majoring in Law & Economics, but didn’t get accepted. It was her mother’s idea to apply for computers and programming, and Mina trusted her business instinct.

Her mom has been her inspiration, and has always stressed the importance of learning a skill to be financially independent as a woman. Seeing her balance motherhood and her own cosmetics business as a child showed Mina what she meant, and she followed her advice. She graduated with a degree in Management & Information Science, and doesn’t think she’d have become who she is today—as a woman and as a professional—without her mother. 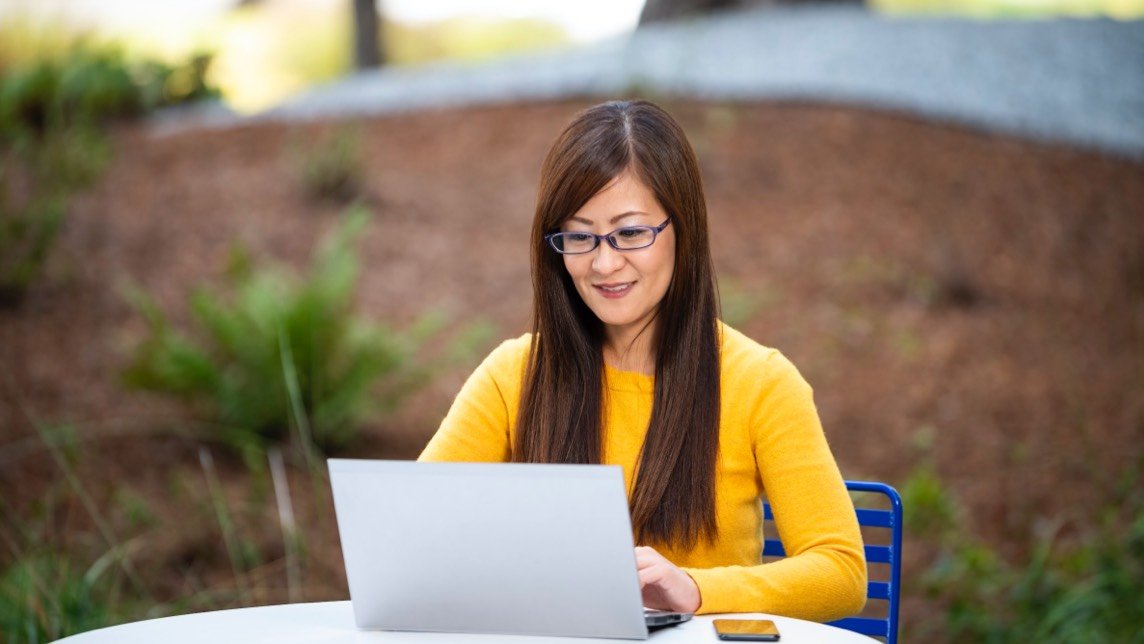 Focusing on a skill that would make her a valuable asset has paid off in her work with SYSCOM building and providing solutions via the Microsoft 365 platform. Her fluency with programming recently helped her see a solution to a client’s problem everyone else missed.

An industrial client had Microsoft 365 E3 license, but a very old system running on the on-premises server that wasn’t compatible with it. Upgrading the server to a more current one would have solved the security problem while creating another: they’d have to completely rebuild an application they needed to work with the new server.

The usual solution would be rebuilding the application from scratch, but would have taken too long and cost too much money. However, Mina’s background in software development and programming made her the perfect person for the situation. She was able to look at what the client actually used the software for, and realized Microsoft PowerApps Portal could already provide that capability.

Most engineers are task-focused.
I start a conversation.

Rather than rebuilding the entire application, Mina offered another solution: use PowerApps, which the client already had, and add on PowerApps Portal license via their Microsoft license, to perform the same function and replace the old server with a cloud server.

By taking the time to understand the actual task that needed to be performed and assessing what was already on-hand, Mina was able to help the client and retain them as a customer. She even found other services SYSCOM could offer that would help them, selling them on more business in the process.

“We have a lot of small companies as clients, and always try to provide low-cost, good solutions with less development time,” she says. She started at SYSCOM as an engineer because she wanted to learn these systems inside and out. As a Senior Engineer, she would go onsite with clients and actually talk to them. Hearing about their needs from them and in their own words gave her a better idea of what they needed than anything else could have. She spoke the language—sometimes the programming, but other times, the actual language itself.

In another situation, she was brought on to help a chemical company whose CEO wanted to start using a new approvals management system their Japan headquarters were using. However, seeing as all the documentation was written in Japanese by Japanese IT professionals, his American IT workers couldn’t get it to work. Mina was brought in to help bridge the gap, and in the end, they were able to implement the system as envisioned thanks to her. 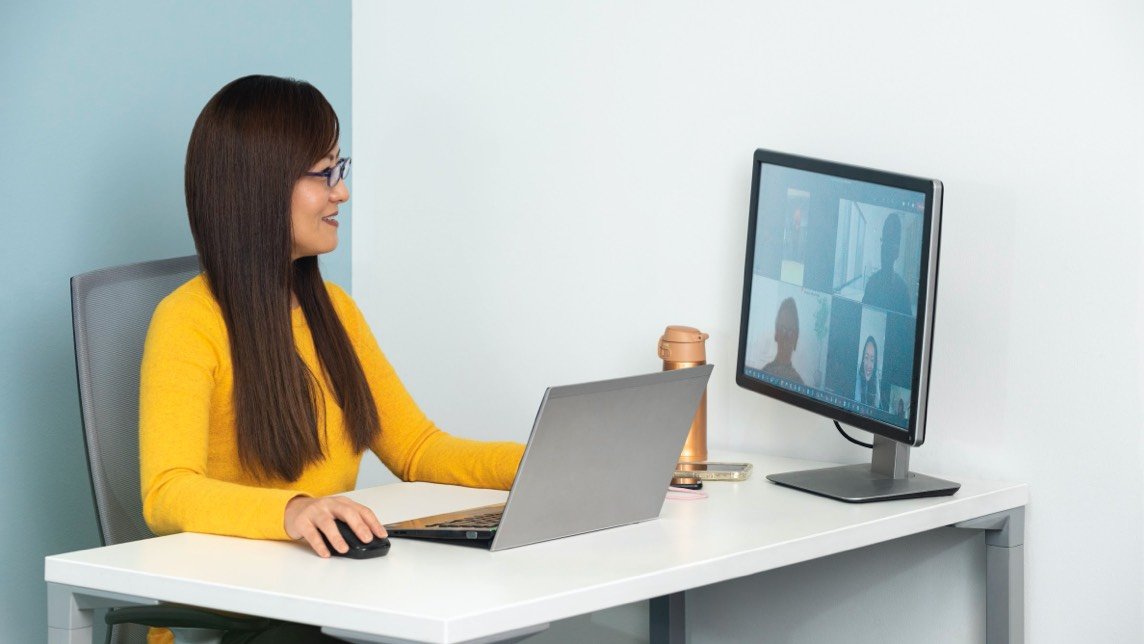 At its core, Mina’s approach is the SYSCOM approach: forget about what people expect from engineers and IT techs, and just be human. “Most engineers are very strict and task-focused. They don’t talk much with others. I’m not that kind of engineer,” she says. “I talk to the customer, ask how their family is, start a conversation. After that conversation, they share their problems.”

There’s a reason clients ask for Mina by name when reaching out to SYSCOM for a digital transformation solution. Establishing trust with our partners isn’t just good for business, it helps us do our jobs better. When customers open up and provide context, it can make all the difference. “When one of my engineers is struggling to find a solution, I can provide context and we can find the solution together.”

“I’m always thinking about how communication is important,” says Mina. “Others have different approaches, but this is my style, my approach.”
Communication, partnership, and context. They may not be everybody’s approach, but at SYSCOM, they’re ours. And, thankfully, Mina’s. 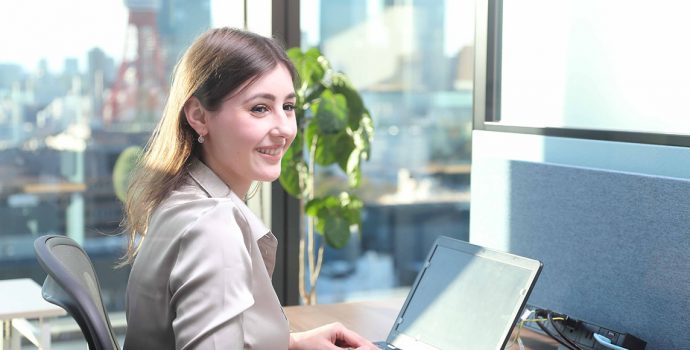 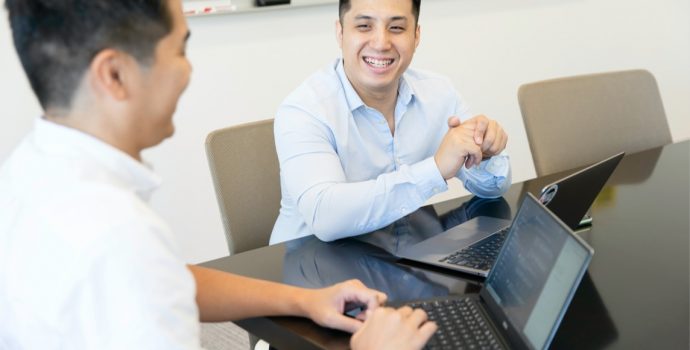